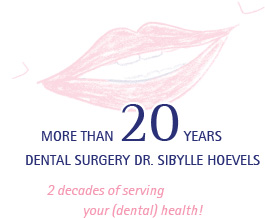 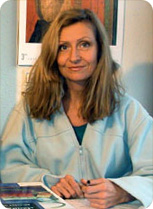 I was born in Frankfurt am Main in 1959 and lived there until I passed my A-level at the Goethe Gymnasium where I studied quite a lot of subjects in English as well as in German. I studied dentistry at Freiburg University, and was granted my licence in 1984. I then worked in the Freiburg University Hospital training as a surgeon in the dento-maxillofacial unit. Initially I worked on the surgical wards, assisting the surgical professors in complex facial surgery. Later I worked in the outpatient department, extracting wisdom teeth and doing other basic surgery. During this period I wrote my PhD thesis and gained my doctorate.

I then applied for - and was lucky enough to get - a post at the Academy of Postgraduate Dental Studies in Karlsruhe. This is a highly disciplined centre of excellence in German dentistry. I worked in the outpatient department, taking on interesting and often difficult cases referred to the Academy from other surgeries. I also attended courses and lectures, chosen and organised by the Academy Director, Professor Michael Heners (also one of the main figures in developing the conical crown system). To the Academy I owe the rigorous, systematic diagnosis and evidence based methodology that has stood me in such good stead in my years of private practice.

In 1989 I returned to Freiburg to set up my own surgery. While the buildings were being completed, I worked as a locum in a number of different surgeries - an experience that taught me as much about what I did not want to do as what I did! Since then I have been running my own surgery.

After a few years it became clear that it is vital to cooperate with other disciplines. Today, whenever necessary, I cooperate with other, non-dental, surgeries - like orthopaedists, holistic practitioners, physiotherapists, osteopaths and even the Druckkammerzentrum - Freiburg's pressure chamber.

Back to the team